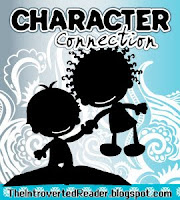 Lady Dedlock, the mistress of Chesney Wold, is a woman who appears to be cold and quite haughty on the outside, but that is only her mask with which she tries to disguise her great secret. She seems to be bored with everything and nothing really moves her, which makes her very unpleasant and she appears to be very dispassionate. But once the reader realises the truth behind her unpleasant behaviour, she appears to be someone else entirely. She does not bother with the world because she is haughty and bored, but because she is afraid that her secret might come out and ruin her marriage and the Dedlock family. In truth, she is a deeply hurt and vulnerable woman, and I always imagined she was in some sort of mourning, although no one died.

Eventually, her past begins to follow her and enter her life and she panics. That’s when she starts behaving strangely, not at all like a lady of her rank should be acting, especially not a Dedlock woman. Things become complicated furthermore when Mr Tolkinghorn, who is the Dedlock family lawyer, begins to suspect something and starts sniffing around and even following Lady Dedlock.

Lady Dedlock’s main problem is that she believes her husband would never forgive her for her past, but she is wrong. He does in the end, yet her stubborn belief in the opposite leads to her downfall. In the end, she reveals herself to be a very passionate woman who would go as far as die for those she loves.

She is a truly great and intriguing female character.
Posted by Irena @ This Miss Loves to Read at 7/29/2010

Oooh, she does sound great! I'm ashamed to admit that I didn't even know her name, I'm so ignorant about Dickens. Isn't it a shame how often it's a character's lack of trust in someone that leads to their downfall, when they think that it will be their great, big, awful secret that will cause it? People who love you will forgive a lot, but we don't really seem to learn that, do we? Thanks for writing about such a great female character!

Wow, great character analysis, actually makes me what to read the book, which is saying something since I am definitely not a Dickens fan in the least.

@Jen: I agree with you! Lack of trust usually leads to something bad. It's so sad people can't trust each other. Isn't it obvious that someone who loves you will try to understand you? I guess that's not a given for everyone. I'm glad I could introduce such a great character.;)

@Jan: Actually, I'm not a huge Dickens fan either.;) But the stories I know are mostly to my liking, with the exceptuon of Oliver Twist. That kid really pushed my limits.;)

Haven't read Bleak House but Lady Honoria does sound like quite the intriguing character!

She sounds very interesting. It's indeed sad when people make their life so difficult when it doesn't have to be.

Ooh! I typically enjoy Dickens, and I definitely find his characters memorable (my blog is Estella's Revenge, after all). I haven't read Bleak House, but I'm intrigued now. I feel the itch to download it on my Nook.

Oh, great choice of character. Bleak House was the first Dickens I read (after loving the BBC series) and I loved it.

Lady Deadlock (fantastic name) was such a sad and complex character.

I've haven't read much Dickens although I've heard that he has some problems writing female characters (as in he writes angelic creatures who are boring). I'm glad that Honoria is an exception.

Don't forget Estella and Lady Hamilton Bookworm... neither of them were angelic!