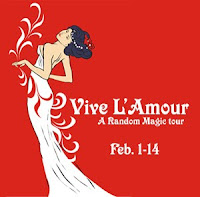 I am going to present Top Five Historical Lovers that I, personally, find most memorable and impressive. I hope you enjoy reading about their love stories.

1. Queen Victoria and Prince Albert
Such love as was theirs is hard to come upon in royal marriages. They met when Victoria was seventeen. It was her Uncle Leopold’s wish (he was the King of the Belgians) that she marry his nephew, Prince Albert of Saxe-Coburg and Gotha. After meeting Albert, Victoria wrote to her uncle to thank him "for the prospect of great happiness you have contributed to give me, in the person of dear Albert ... He possesses every quality that could be desired to render me perfectly happy. He is so sensible, so kind, and so good, and so amiable too. He has besides the most pleasing and delightful exterior and appearance you can possibly see." An affection developed between them, but she did not wish to marry at the time. At eighteen, Victoria became queen (in 1837). The affection between her and Albert never ceased to exist and although there was no need to rush into marriage, they wanted it. As she was the queen, she proposed to Albert on 15 October 1839. They were married on 10 February 1840, in the Chapel Royal of St. James's Palace, London. Albert became both Victoria's companion and an important political advisor. They had nine children and forty-two grandchildren. Their marriage was very happy and their love strong. In 1861, Albert fell ill with typhoid fever and died. Victoria was devastated and wore black for the rest of her life (she died in 1901). She even removed herself from society for a long time. This truly is an example of undying love. 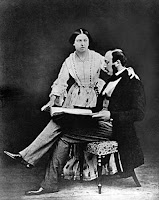 2. Abelard and Heloise
Their's is perhaps the most tragic love story of all time. Peter Abelard (1079-1142) was a French philosopher, considered one of the greatest thinkers of the 12th century. Heloise (1101-1164) was the niece of Canon Fulbert. She was well-educated by her uncle in Paris and was renowned as a beauty. Abelard, twenty years her senior, became her teacher. They fell in love and began a love affair. Fulbert discovered it and separated them, but that did not end the affair. During that time, Heloise gave birth to their son, Astrolabe. Abelard asked Fulbert's forgiveness and Heloise's hand in marriage. The lovers got married in secret and left their child with Abelard's sister. When Heloise went to stay with the nuns at Argenteuil, her uncle and kinsmen believed that Abelard had cast her off, forcing her to become a nun. They took their revenge by attacking him in his house and castrating him. Humiliated, Abelard became a monk and Heloise followed him by becoming a nun. They did not see each other for twenty years, but they never ceased to communicate. They wrote each other passionate love letters and their love flourished despite the separation. They only saw each other once again in a chance meeting, then never again. But their love survived. In the 19th century, their remains were (supposedly) buried together in a crypt at the Père-Lachaise cemetery in Paris. 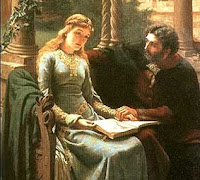 3. John Keats and Fanny Brawne
Keats and Fanny met in 1818, a tumultuous year for the poet, as his brother Tom was dying from tuberculosis, the ilness that had claimed their mother (and that also claimed Keats). Keats was also struggling as a poet at the time and was very poor. Fanny left an impression on him during their first meeting, but Keats was too preoccupied with his brother. When Tom died, Keats was worn by the great loss, but he found a welcome distraction in Fanny, who lived very close to him with her family. They met often and she impressed him more with every encounter, confusing him and making him unable to understand him, which was what made her so attractive to him. Their romance blossomed and Keats began to write sonnets for Fanny, among them the famous Bright Star, would I were steadfast as thou art. This love affair consumed him and inspired him in a new, more mature way – he wrote some of his best-loved and most beautiful works: La Belle Dame Sans Merci, Ode on a Grecian Urn, Ode to a Nightingale, etc. However, Keats remained poor, therefore Fanny's mother was not happy about the affair and Keats's friend Brown disliked Fanny because he believed her to be responsible for Keats's unsuccesful career by keeping Keats's genius confined. Keats and Fanny could not marry because of poverty, but their romance thrived nonetheless. In the end, it was not poverty that separated them, but death. Keats fell ill with tuberculosis and after a lot of struggling, travelled to Italy in search of improvement of his health. During the last month of his life that he spent in Rome, they grew to love each other even more deeply. When he died, Fanny Brawne cut her hair short, donned black clothing, and wore the ring Keats had given her. She came out of mourning six years after Keats's death. She married twelve years after his death, but Fanny kept all of Keats's letters to her and they have survived to this day. 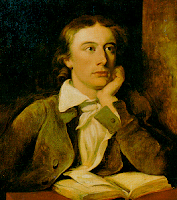 4. Shah Jahan and Mumtaz Mahal
Prince Khurram, known as Shah Jahan, and Arjumand Banu Begum (he gave her the title 'Mumtaz Mahal' Begum, which means Chosen One of the Palace) became betrothed in 1607, when she was only fourteen. Five years later, they were married and Mumtaz became Jahan's true love for life. Jahan was also married to other women, but he showed very little interest in them and kept the relationships simply on paper, so to say. His eyes were for Mumtaz alone. Theirs was a deep and loving marriage. She travelled with him and he trusted her so much that he even gave her the imperial seal. Their relationship was very intense and erotic, resulting in fourteen children (seven of them died at birth or as infants). Mumtaz died in 1631, while giving birth to their fourteenth child. Shah Jahan went into secluded mourning for a year and when he appeared again, his hair had turned white, his back was bent, and his face worn. He had a mausoleum and a funerary garden built for her. It took twenty years to complete and is a well known building: the Taj Mahal. It is the monument of love. 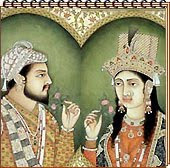 5. Cleopatra and Mark Antony
In 41 BC, Mark Antony (one of the triumvirs ruling Rome after Caesar's death) met Cleopatra VII Philopator, Greek queen and the last pharaoh of Ancient Egypt. He wanted Cleopatra to support him in his intended war against the Parthians. Cleopatra arrived in great state, completely charming Antony and so he spent that winter with her in Alexandria. It was love at first sight and their romance began. A year later, Cleopatra gave birth to twins, Alexander Helios and Cleopatra Selene II. Antony had to return to Rome, but returned to Alexandria four years later on his way to make war with the Parthians. They renewed their romance and got married according to the Egyptian rite (although he was married at the time to Octavia Minor). They had another child, Ptolemy Philadelphus. The Romans were wary of the growing power of the Egyptians and decided to make war with them. It is said that while fighting a battle against Romans, Antony got false news of Cleopatra's death. Shattered, he fell on his sword. When Cleopatra learned about Antony 's death, she took her own life by inducing an Egyptian cobra to bite her. There are several stories as to how Cleopatra actually killed herself, but many historians are in agreement that the one with the cobra is true. There are also stories that she might have betrayed Antony before he died and ran away from him in fear. I guess we can only speculate. The one truth, though, is that they fell in love had children, got married, had more children and died loving each other, no matter what they might have done. 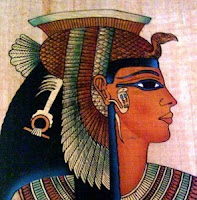 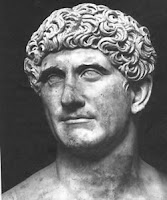 “She Walks In Beauty” by George Gordon, Lord Byron

She walks in beauty, like the night
Of cloudless climes and starry skies,
And all that's best of dark and bright
Meet in her aspect and her eyes.

"She Walks in Beauty" as a beautiful song sung by Siessel: HERE.

Reader invitation: Which pair of lovers in Random Magic intrigued you the most? Which pair of historical lovers is also the most interesting? Have you heard other real-life love stories that really moved you? Feel free to share your comments below.

You’re also welcome to join us on Random Magic Tour: Vive L’Amour (Through February 14), to read lots of other romantic special features: Browse tour schedule.
Posted by Irena @ This Miss Loves to Read at 2/12/2011

My favorite is the one between Queen Victoria and Prince Albert!I find their story moving. Doesn't Cleopatra and Antony story remind you a little of Romeo and Juliet?
Thanks for all the historical information! '
Happy V-day!
Spreading the love
<3
x

I never thought about my favourite historical couples. This is an interesting post. =)

I wonder if any famous couples from our own time will achieve legendary status in the eyes of future generations . . .

I really love Shah Jahan and Mumtaz: such love as to inspire the beautiful Taj Mahal and to leave him wrecked when she was gone. Alas it seems tragic endings only await these couples (I know most had many good years together but you always want more).

Mark Antony and Cleopatra remind me of Romeo an Juliet, too. Their story is so beautiful in its tragic way - enemies at war in love.

Thanks for sharing Byron's poem, its so great for such a sucker for his poetry as me:)

I watched Bright Star...if that was the movie name about Keats, and so sad :(

True love is the greatest

I loved this post! I had heard of all the couples before, but not that much about their whole romantic background. I especially liked the Victoria and Albert one! I found it so romantic, especially given Victoria was queen and most people in those positions marry for power and not for love.

Hope you have a happy Valentine's Day!

Great post! Very well researched.
My favorite historical couple was Victoria and Albert. I just saw The Young Victoria, which chronicles their love and early life together, and I loved their love!

I love your list. I recently watched Bright Star - it broke my heart!
I have been to Taj Mahal - it's truly very beautiful :)

I'm quite fond of Heloise, who was such a radical thinker and early feminist. Lovely list!

Excellent choices. I also like Edward I and Eleanor. He erected all those crosses (including Banbury and Charing Cross) in her memory.

I love this list. I've never heard of Abelard and Heloise before! Such a sad story. It would be a great movie.