I am happy to share my interview with Pamela Klaffke, author of Snapped. Pamela was kind enough to answer my five questions and her answers are delightfully informative.

You may read my review of Snapped HERE.

IRENA: You are a former newspaper and magazine journalist who has published two novels, Snapped and Every Little Thing. Why did you decide to leave journalism behind and become a writer? Is this something you have always wanted to be or did the desire to write fiction develop gradually, over the years?

PAMELA: i wanted to write fiction when i was a kid, but didn't really have any desire while i was working as a journalist to do so. as for leaving journalism, it was a simple case of burn-out and the fact that the industry had changed so much, with writers becoming "content providers," the workload becoming heavier and heavier while the budgets got smaller and smaller. it was a good time to get out! i am still writing non-fiction, though. the book i'm working on now is non-fiction and it's been great fun to get back to research and dealing in facts after writing three novels pretty much back-to-back (the third isn't out yet).

IRENA: The protagonist of Snapped, Sara B., is quite the fashionista. Is fashion important to you as well? How? And speaking of Sara, do you and Sara B. have anything in common?

PAMELA: fashion was a lot more important to me when i had to go to a newsroom and meet interview subjects. now, i work exclusively at home and let's just say i have an extensive collection of lounge-wear, like pajamas and t-shirts. but when i was younger, i was rather fashion-obsessed, and i've always loved vintage clothing, which i still do collect. that's my one remaining fashion indulgence. as for having anything in common with sara: yes and no. i know a lot about the media industry having worked in it for almost 20 years, particularly in regards to lifestyle and fashion writing, so that's definitely a commonality. we both also work as photographers, though i didn't actually take up photography until i started writing snapped. but beyond the media connection, we're quite different, i think. i do have a fairly dark sense of humour, but sara's life is much, much more unstable than mine: i have a 10-year-old daughter, a fiancé, a job i love and a pretty nice life. sara reminds me, however, of a lot of people i've met over the years who work in media and really loathe what they do.

IRENA: You are not only a writer, but a photographer, too. Are there any differences/similarities between the creative processes of doing photography and writing a story?

PAMELA: the process is definitely different, but the one similarity is that when i write i see the story in my head, like a film, and when i shoot, i see the image very clearly first. with writing i don't spend a lot of time planning. i know the beginning, middle and end of the story (just like in school!) and the main character's voice, but don't like to outline too much, otherwise i'd find the writing itself really dull. but with the photos, i plan everything out meticulously, though this has a lot to do with the fact that many of my images involve a lot of props and costumes, and that i shoot exclusively with film, which is expensive to develop, so i try to use as few frames as possible to get what i want!

IRENA: I love fairy-tales and I noticed that your latest photo series is called Little Red Riding Hood. Could you tell us something about this photo series, how it came to be and what it means to you?

PAMELA: i shoot a lot of photos of children in masks, and i came across a little red riding hood mask from the 1950s, so it just seemed natural to tell the story in photos in my own style. the mask spurred the project, but it took months of planning. i shot it with my daughter (who is in many of my photos), which was super-fun. and it was great to do a literal interpretation of a fairy tale; much of my work to that point had been heavily influenced by fairy tales, but the connection was not direct. i recently found a wonderful vintage dirndl dress, and am planning to use it in a photo-adaptation of hansel and gretel this summer.

IRENA: Last but not least, when you are in the process of writing a novel, how does your typical writing day look like?

PAMELA: typically, i write very fast, and i always write my books sitting on my bed with my old, first-generation turquoise clamshell macbook. i'll usually spend three days writing up to 12-14 hours a day, burn out, give myself four days off and then start again. as long as i know the character's voice in my head and where the story is heading, then i can let my imagination take over. i love being able to be spontaneous. for example, the "artners" reference in snapped came from a conversation i had with the friend the morning i was writing that point of the book. he misheard me when i said another friend and i were "art nerds" and thought "artners" was the most pretentious, horrible thing he had heard. when i realized that he had misheard me, i thought it was hilarious and wrote it into the story that day. i go on a writing blitz and then in the days i'm not writing, i think of scenes and possibilities for the characters going into the next one. i do this until i have a draft, then put it away for at least a month, so when i do a self-edit, i can look at it more critically; my attachment to the work tends to have dissipated by then, and i can see it more as an editor. i'm not an outliner or someone who writes every day — i prefer a quick-and-dirty approach!

IRENA: Thank you very much, Pamela, for answering my questions! 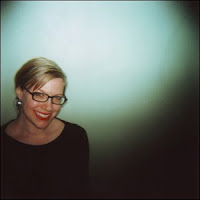 Pamela Klaffke is a former newspaper and magazine journalist who now works as a novelist and photographer. She is the author of the novels Snapped (North America: 2010; UK: 2011) and Every Little Thing (February 2011), and the non-fiction book, Spree: A Cultural History of Shopping (2003). She has recently completed a draft of her newest work, The Mod Girls, and has begun researching a new non-fiction book.

You may find out more about Pamela's novels and photographs on her WEBSITE.
Posted by Irena @ This Miss Loves to Read at 3/16/2011

Great interview! The information about the writing process is interesting as it's kind of how I write: just sit there and write for a while until I need a break.

I enjoyed the parts about her writing process as well...I find it fascinating to find out about so many writers and a "normal day in the life of" :)

Nice interview :)
But wow, that is a lot of time to write